This is an alternative to Swagger toolchain however is optimized for the SDLC of building Web applications on Web API of ASP.NET and .NET Core. Strongly Typed Client API Generators was developed in 2015 when I was developing some WPF business applications talking to ASP.NET Web API. Swagger did not inherently support decimal/currency/money type, so I had developed this component suite for C# .NET clients initially, then jQuery, Angular 2+, Axios and Aurelia, supporting decimal/currency/money type.

If you are developing business applications on Web API of ASP.NET or .NET Core, you may find WebApiClientGen is more straightforward and having less overhead than Swagger toolchain.

Here is a code example generated from a .NET Core Web API:

This article may give you a big picture of SDLC utilizing WebApiClientGen: 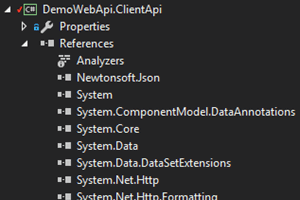