We know that Mr. @EisenbergEffect and his awesome team are working on the next version of Aurelia.

An experimental re-working of Aurelia, oriented around compile-time reflection and code generation. 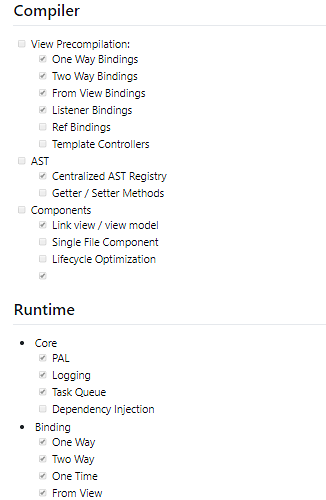 After working 1 year with Aurelia (though I still do not know anything) I wish we have some features in Aurelia natively.

What is your opinion?

Thank you for making me able to work with client-side as I wished.

Can someone create a guide / skeleton to start trying out the next version?
Looks like all the binding behaviors are implemented, so it should be ready to for “open beta” (in a sense).