Handling long blocks of text to be translated in i18N

I know that you cannot have multi-line json files.

At the moment I am breaking the text I need to be translated into logical blocks. However, the problem is that they are still very long lines, and it’s a horrible experience trying to edit them in VS Code.

Is there another way of handling large blocks of text in i18N?

This is one of the blocks I’m fighting with at the moment !

JSON doesn’t support multiline strings. Period. That’s sad but true.
There is a solution to your issue though. Just use yml files instead for translations.
It supports multiline strings like this:

so just switch out the loader you have with this one https://www.npmjs.com/package/i18next.yaml
npm install i18next.yaml

JSON doesn’t support multiline strings, but https://json5.org/ does. And since json5 is a superset of json, it is perfectly safe to replace the JSON parser in the library with JSON5.

I didn’t know I could use yaml. I guess I will be able to convert my json files to yaml easily enough.
But how do I switch out the loader?

Can I embed html inside the yaml?

How would I replace the JSON parser with JSON5? Is there any risk it will break anything?

I havent tried it out yet but the mentioned npm package just provides a backend same as the xhr one. So in theory just switch it out. As for html I guess it should. Give it perhaps a testdrive on a minimal demo set

A gulp plugin to convert JSON5 to strict JSON.

I was using XHR backend and I had an output folder where the processed translation files went.

This is a good setup. The conversion from human-friendly JSON5 to machine-standard JSON can be a build step just like SCSS -> CSS.

I really have no grasp of gulp. I just use the aurelia-cli with requirejs “straight out of the box”. How would I incorporate this into the build?

I also use https://github.com/gilmarsquinelato/i18n-manager which is a very barebones translator which works a treat. Looking at the dox it works with yaml, but no mention of json5.

I think I’ll take a look at @zewa666 suggestion to go for yaml.

Aggh - I need some help!

I converted my json files to yml and they’re a million time easier to handle.

I then installed i18next.yaml, but can’t work out how to change the loader to use it.

It doesn’t have a dts at @types/i18next.yaml and I can’t get TS to recognize it.

Could you please give me some guidance on how to set it up?

The error message I’m getting is

How would I replace the JSON parser with JSON5?

If you use the built-in loader, then the config is something like this:

How do I know?

Is there any risk it will break anything?

I don’t think so.

so just switch out the loader you have with this one https://www.npmjs.com/package/i18next.yaml
npm install i18next.yaml

Not throwing dirt intentionally at anyone but the package was last updated 7 years ago.

Fair statement. It was just a quick search and seems there are more yml loaders available.
EDIT: I’ve tried it now out myself and looking at the code of the yml backend it seems that was way back for v1/2. So definitely out-of-date. Sry @jeremyholt but it seems you’d have to write your own backend with YML.

What I’ve quickly tried, and it seems to work, is just to leverage either the xhr backend or the builtin from the i18n plugin and do the following on configuration:

So pretty much the same as you suggested with json5 @khuongduybui. Seems to work so far but it’s really just a quick test so take it for a proper testdrive @jeremyholt

Yes, this route should work, though I like @kyttike suggestion of adding a gulp task the most. Build time added = runtime saved, yes?

The main reason I used XHR backend is so that translations would not be bundled. That makes the initial bundle smaller and I can load translations on demand. Its nice to see a way to use JSON5 without gulp!

i18n is clearly loading the translation.yml, but reporting unable to find any keys 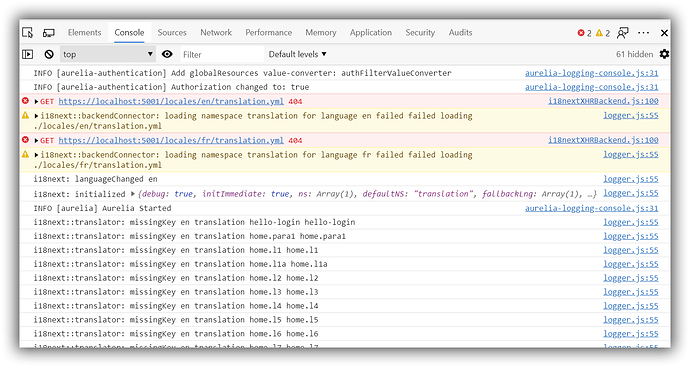 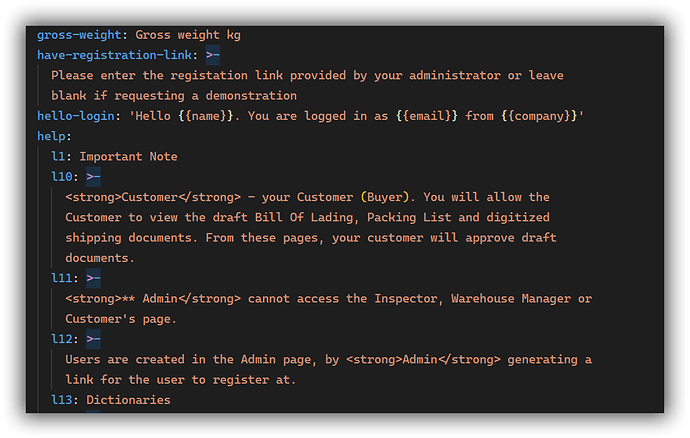 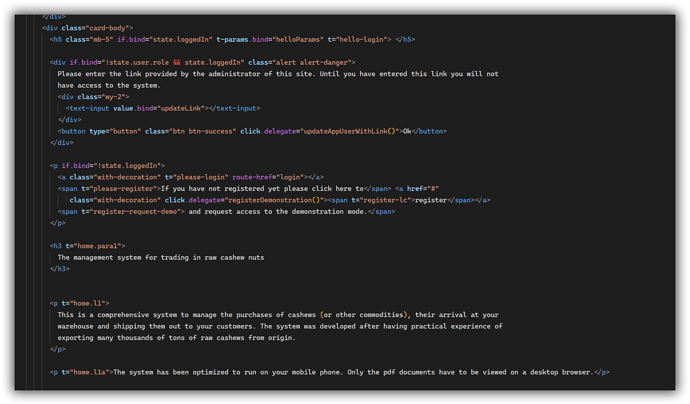 This is getting more complicated than I thought

The multiline key is: yourkey: > yourtext you wrote >- instead

Could you share the gulp taks you’ve created alongside how you included it in the other existing aurelia tasks? I guess what you did is to create a conversion task, which gets called in sequence with the au build task. But it would be nice to have a working example here so that everybody who’s interested can take a look at it.

Also I fully agree with your reasoning about XHR backend. For the projects I did with i18n I’ve always used it for the exact same reason. I definitely don’t see a lot of value in bundling translations upfront, specifically in environments with large translation files and lots of languages. Nearly every user sticks to his language of choice and the XHR requests get cached, so it’s slow only the first time. But in the bundled case every user would have to load everything upfront (e.g 5 languages in one of my apps) whereas 4 of those would be a total waste of bandwith for him. Moreover, since it’s included in the bundle, every update to a language would cause the user to re-download the whole bundle and invalidate the cache, whereas with XHR only the respective languages file get’s invalidated and re-upped.

Changed it to > but it still can’t find the key 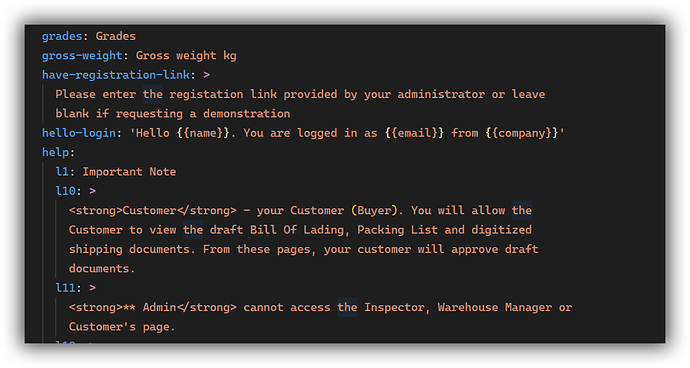 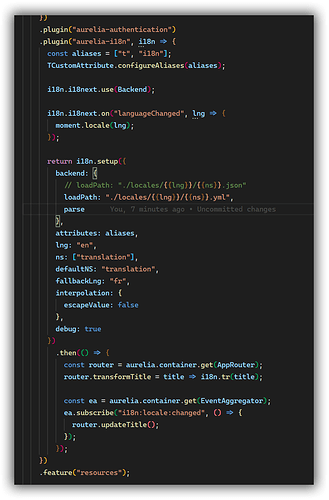