Will there by supported added for Vite.

Seems like it’s getting quite popular, I think it’s the default for Vue3 for example.

ViteJS definitely is gaining more and more traction. What I’ve heard/read about it, is that it’s especially performant/useful for large web/SPA projects/teams, exactly the same use case/target audience that applies to Aurelia, if I’m correct.

I took a quick look at this and I got a very very basic example working. A lot of things are broken though, but the dev server runs at least. 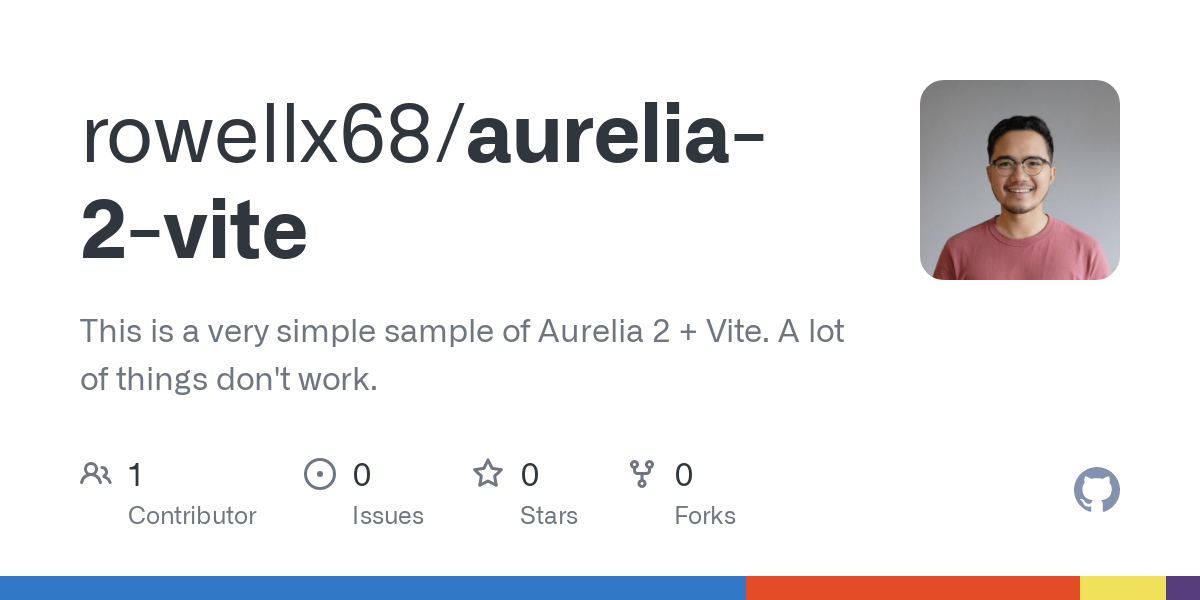 GitHub - rowellx68/aurelia-2-vite: This is a very simple sample of Aurelia 2...

@Sayan751 @rowellx68 @jwx @brandonseydel I tried to add the @route decorator and it didn’t work.

i’m meanwhile using the shown config for a phaser game. I guess the incompatibilities are due to the aurelia rollup plugin where we need to adapt a few parts.

What I’ve discovered so far is:

@zewa666 I’m starting to use Vue 3 with Vite at work and I remember seeing your last item as a problem too, check this open Vite issue Debugging vite+vue+typescript is broken using vscode (and webstorm). Breakpoint on incorrect line numbers - #5916. Breakpoint on incorrect line numbers) and there’s also someone else with the same problem with React too so it’s probably related. Actually there’s also another open issue #5834 for the same problem and even Svelte is mentioned so yeah pretty much every frameworks lol

thx @ghiscoding for the links. well on one hand its good that its not related most likely to Aurelia, on the other hand this is such a major anoyance that I dont get how one could work with Vite on a more serious project without debugging

@dwaynecharrington I see we use rollup to build the aurelia npm packages, do you think you could help create the perfect rollup config for an aurelia 2 and or 1 application?

@huochunpeng looked into it and there are severe differences between dev time (esbuild) and prod (rollup) which cause lots of troubles sadly. some of the issues are imminent to Vite itself, some due to how we bundle templates inside js

is this something that can be overcome?